Winter Wonderland was a Christmas-based seasonal event in Overwatch. The event includes 2 new co-op based brawl modes, Mei's Snowball Offensive, which takes place in a reskin of Ecopoint: Antarctica and Black Forest, Mei's Yeti Hunt, added in 2017, takes place in Nepal, where 5 Mei's hunt down a Yeti (Winston), and also a seasonal change in rule for Mystery Heroes, namely Winter Mystery.

The event also contains a Winter reskin of Hanamura and King's Row, 12 special achievements and a limited series of items, which could be earned through special Loot Boxes, and unlocked through Hero Gallery. All event-exclusive content became unobtainable once the event ended.

On Christmas Day 2016, 2017, 2018 and 2019, all players were given 5 free loot boxes each to celebrate Overwatch's huge success. This was a way to show the developers' gratitude to the fans.

Mei's Snowball Offensive is an Arcade game mode exclusive to the event; it replaced the mode All Brawls! in the time of the event. This special Brawl takes place on the Ecopoint: Antarctica (Winter) and Black Forest (Winter) maps. Each team has 6 members and players can only play Mei with a modified version of her standard gun. Her primary fire shoots a snowball that will instantly kill any enemy it hits and has an ammo of a single snowball. Her secondary fire is used to reload the gun from randomly spawned piles of snow around the map. Her ultimate is also changed to give her unlimited ammo and increased rate of fire for several seconds. Her Cryo-Freeze and Ice Wall remain unchanged and can be used for either offensive or defensive purposes. Teams compete to the best of 5 rounds, with the first team to win 3 rounds being the overall winners.

There are 4 Special achievements tied to this brawl that will unlock sprays when achieved.

Yeti Hunter is an Arcade game mode exclusive to the event. This special game brawl takes place on an exclusive version of Nepal Village (Yeti Hunter) map. It is a 5v1 with 5 Meis hunting down a Yeti (Winston).Mei's abilities last for much shorter periods of time, with Ice Wall lasting 3 seconds and Cryo-Freeze lasting 2 seconds. Cryo-Freeze still heals the same amount of health, albeit more quickly. Mei's Blizzard is replaced with a yeti trap. It takes 5 seconds to arm when deployed, but is otherwise identical to Junkrat's Steel Trap. Winston's health has been increased to 5000, but otherwise his standard abilities remain the same. The only changed ability is Primal Rage, which no longer increases or restores Winston's health but does have increased damage from each swing. Primal Rage does not charge over time or through dealing damage, but by collecting Meat that spawns around the map at various times. A maximum of 3 Meats can be available at one time. Upon collecting 4 Meats, Primal Rage will instantly activate.

There are 2 Special achievements tied to this brawl that will unlock sprays when achieved.

Winter Mystery is an Arcade game mode which replaced Mystery Heroes for the span of the event. Its rules are the same as Mystery Heroes, but the map pool is limited to only Hanamura and King's Row reskin.

The Winter Wonderland event introduces a temporary reskin of the King's Row and Hanamura maps. The reskin maps replaced the normal maps in all game modes for the span of the seasonal event. There are also temporary options for the reskin maps in Custom Game. 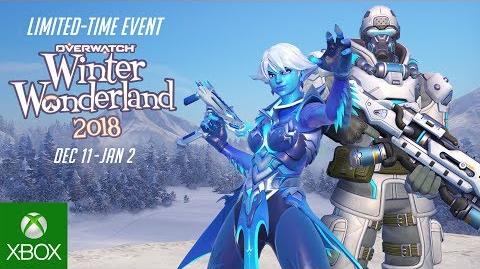 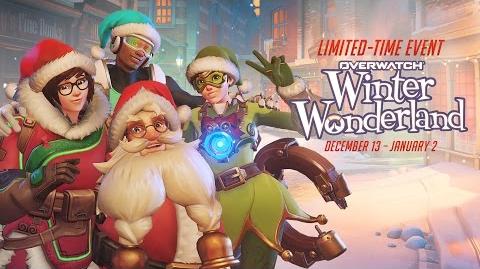 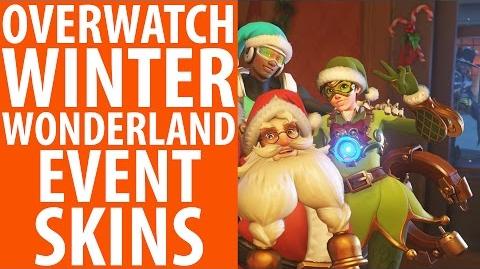