The Temple of Anubis is an Assault map location in Overwatch.

"Nestled among the ancient ruins of the Giza Plateau on the outskirts of Cairo, the Temple of Anubis is one of many new excavations in the area. While most believe that the site is of interest for archaeological reasons, it also hides the entrance to a research facility that extends deep beneath the earth. The facility is alleged to house an artificial intelligence, but the whole truth is known only to a select few. Not even the agents of Helix Security International, who guard the facility, know what they're protecting."
―Overwatch Visual Source Book 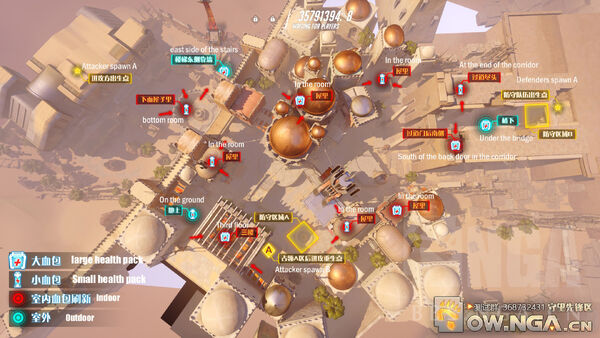 From Are You With Us?

During the Omnic Crisis, Overwatch's original strike team quarantined a God Program called Anubis in a research facility beneath the Giza Plateau. Its existence was never made public, and a team of Helix Security International guards was assigned to guard it.

In Mission Statement, Anubis briefly broke free and began to take control of omnics in the area. Before it could breach Helix's firewalls, it was defeated by a team led by Pharah.