Reinhardt is one of the heroes in Overwatch. He is a wandering knight who continues to fight for justice and defend the innocence undeterred by the toll of his age.

Clad in powered armor and swinging his hammer, Reinhardt leads a rocket-propelled charge across the battleground and defends his squadmates with a massive energy barrier.

Reinhardt Wilhelm styles himself as a champion of a bygone age, who lives by the knightly codes of valor, justice, and courage.

Over thirty years ago, Overwatch was founded to counter the threat of the robot uprisings around the world. Reinhardt, a highly decorated German soldier, was inducted as part of the original Overwatch strike team that put an end to the Omnic Crisis. After the conflict's resolution, Overwatch grew into a global institution, keeping the peace in a war-torn world. Reinhardt proved himself to be one of its most stalwart champions.

Reinhardt's unique ethics and larger-than-life persona earned the admiration of his peers and superiors alike. Never afraid to speak his mind, he was Overwatch's most vocal supporter and, when necessary, its harshest critic, providing a constant reminder that Overwatch was meant to be a force for good.

Having served into his late fifties, Reinhardt was faced with mandatory retirement from combat operations. Despondent about being removed from active duty, Reinhardt feared that his days of purpose and glory had ended. As times grew darker and Overwatch came under suspicion of corruption and sedition, Reinhardt could only watch as the cause he had dedicated his life to defending surrendered in disgrace.

Though Overwatch was eventually disbanded, Reinhardt was not content to sit idly by while the world fell to disorder. Once again donning his Crusader armor, he has vowed to fight for justice across Europe like a knight of old, defending the innocent and winning hearts and minds with the promise of better days to come.

Barrier Field
Mobile barrier type
1600 barrier HP
200 barrier HP per sec
3.85 m/s movement speed
0 or 5-second cooldown
Reinhardt projects a broad, forward-facing energy barrier, which can absorb substantial damage before it is destroyed. Although Reinhardt can protect himself and his companions behind the barrier, he cannot attack while sustaining it.
Default Key: (

Charge
Damaging/stunning movement type
0, 50 or 300 damage
55 m range
16.66 m/s movement speed
10-second cooldown
Reinhardt charges forth in a straight line, pinning the first enemy in his path and knocking others aside. If he collides with a wall, the foe he’s carrying suffers extreme damage.
Default Key: (

Reinhardt forcefully slams his rocket hammer into the ground, knocking down and damaging all enemies in front of him.

Besides these abilities, Reinhardt is able to jump and crouch. Reinhardt cannot reload or perform Quick Melee under any circumstance, for his only weapon is a melee weapon.

For all of Reinhardt's skins and weapons, see Reinhardt/Skins and Weapons.

One purchase of an alternate weapon skin will apply to the Rocket Hammer of all unlocked skins when equipping it.

I Am Your Shield

Reinhardt Wilhelm was a highly decorated German soldier when the Omnic Crisis began. He joined the German armed force at a young age, seeking for glory.[1] Around that time, he was under the tutelage of Balderich von Adler, the leader of the Crusaders. Reinhardt served with the Crusaders until after the Battle of Eichenwalde. Balderich, originally called to join the newly formed Overwatch strike team, was mortally wounded during the battle and chose Reinhardt to be sent as his successor.[2]

As a member of Overwatch, Reinhardt served alongside Jack Morrison, Gabriel Reyes, Torbjörn Lindholm, Ana Amari, and Liao. Wearing his J08 Crusader Armor, he was one of the team's strongest soldiers and most passionate supporters.

Reinhardt had been put in the frontline force of Overwatch, even after the organization had expanded itself into a global institution. During his time at Overwatch he participated in Operation White Dome, during which he saved Torbjörn Lindholm's life and as such he had given him permission by him to name his as of yet unborn child (who would later grow up to become Brigitte) and become their godfather. Around six years before the current events of Overwatch, he was forced to retire with his place of commanding Tracer's strike team being filled by Sojourn, as he was in his late fifties and his Crusader Armor had fallen into disuse. Regardless, he kept the armor and began traveling Europe with Brigitte.

Reinhardt and Brigitte stopped in a small town that had been taken over by The Dragons. Brigitte helped to repair the Crusader Armor, and Reinhardt used it to drive the gang out of the village.[3]

Around Christmas time, Reinhardt and Brigitte visited and spent the holidays with Torbjörn and his family.[4]

At the time of the Overwatch recall, Reinhardt was in Nuuk, Greenland.[5] When Reinhardt received Overwatch's agent recall broadcast, Brigitte tried talking him out of rejoining, reminding that Overwatch was responsible for putting him out to pasture. Reinhardt kept his silence as he traveled to the ruins of Eichenwalde to pay respects to Balderich, before departing to once again serve in Overwatch as the world's shield.[2]

Reinhardt and Brigitte rejoin Overwatch in Paris, France, aiding Winston's team against Null Sector. Subsequently, they combine their barriers to shield their comrades from a titan's laser. After Null Sector's defeat, Tracer introduces Mei to everyone, prompting Reinhardt to greet her with an ice pun, to Brigitte's annoyance.[6]

Reinhardt is a giant, muscular man with light skin and neck-length white hair and a beard. His left eye is scarred. He wears a gray Crusaders knight armor and helmet, with a built-in rocket booster on his back. Reinhardt also carries a giant rocket hammer. A crest in the shape of a lion is located on his left arm, which can open into a giant shield.

In Overwatch 2, Reinhardt’s hair and beard has grown longer due to age. He now wears a cleaner suit of armor with yellow accents. The lion crest remains on his left arm, but is also now located on his chest. Reinhardt also lacks a helmet.

Possessing a jolly and outgoing disposition, Reinhardt is a rather imaginative juggernaut, always wanting to bring hope and ambition towards the people. He lives by a code of valor and justice, much like the crusaders of medieval history. Although he is at an old age, he never wants to admit it and vows to fight until his last breath, according to his interactions with Mercy. He also really cares about his comrades of Overwatch and will, quite literally, take a bullet (or several) for his friends if he must. His care can be shown by his anger when watching Torbjörn die in a match as well as what he had to say at his former commander Jack Morrison's funeral: "He devoted everything he was to Overwatch. He was our moral compass. Our inspiration. Our friend."

While outside of battle, Reinhardt has multiple different hobbies that he enjoys doing. He seems to show concerns about his appearance such as his tan and hairstyle, as shown by his voice lines when in Watchpoint: Gibraltar and interacting with Pharah. His favorite food is currywurst, and he loves listening to "classic" music, such as the works of David Hasselhoff.

Reinhardt is also assumed to be a fan of D.Va, as specified when he asks her for an autograph.

During his years as a Crusader, Reinhardt was more brash and foolhardy. He thought of only glory for the Crusaders and laughed at Overwatch as some "secret organization" where there is no glory to be won. He would recklessly charge into battle and leave his allies exposed. These actions cost him dearly during the Battle of Eichenwalde, where his thoughtless actions cost both the use of his left eye and the life of his mentor/commander/friend: Balderich Von Alder. It was this loss that developed the unwavering sense of duty and loyalty to Overwatch within Reinhardt, as he serves to honor his fallen friend. 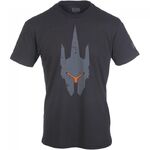 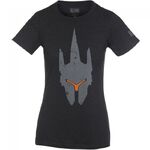 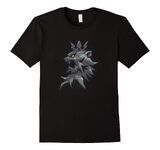 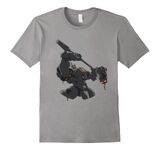 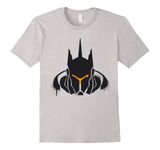