McCree is one of the heroes in Overwatch. He is an outlaw gunslinger and former gang member who fights for the principle of righteousness.

Using his Peacekeeper, McCree takes out targets with deadeye precision and dives out of danger with eagle-like speed.

Armed with his Peacekeeper revolver, the outlaw Jesse McCree doles out justice on his own terms.

McCree had already made a name for himself as a member of the notorious Deadlock Gang, which trafficked in illicit weapons and military hardware throughout the American Southwest, when he and his associates were busted in an Overwatch sting operation. With his expert marksmanship and resourcefulness, he was given the choice between rotting in a maximum-security lockup and joining Blackwatch, Overwatch's covert ops division. He chose the latter.

Although he was initially cynical, he came to believe that he could make amends for his past sins by righting the injustices of the world. McCree appreciated the flexibility afforded to the clandestine Blackwatch, unhindered by bureaucracy and red tape. But as Overwatch's influence waned, rogue elements within Blackwatch sought to bring down the organization and turn it to their own ends. Wanting no part of the infighting, McCree set off alone and went underground.

He resurfaced several years later as a gunslinger for hire. But while McCree's talents are sought after by parties great and small, he fights only for causes he believes are just.

Focus. Mark. Draw. McCree takes a few precious moments to aim; when he's ready to fire, he shoots every enemy in his line of sight. The weaker his targets are, the faster he'll line up a killshot.

Besides these abilities, McCree is able to jump, crouch, reload (only when his ammo is not full), and perform Quick Melee.

For all of McCree's skins and weapons, see McCree/Skins and Weapons.

One purchase of an alternate weapon skin will apply to the Peacekeeper of all unlocked skins when equipping it.

Get 4 killing blows with a single use of McCree's Deadeye in quick or competitive play.
Reward: Cute Spray

Born in the state of Texas, not much is know about Jesse McCree's early life prior to him joining the Deadlock Gang with Ashe stating that he was a farmer before she brought him into the gang. In an Overwatch sting operation at Route 66, McCree was captured alongside several other gang members. Overwatch was impressed with his skills and gave him the option of becoming a member of Blackwatch rather than going to prison. He accepted and began to serve under the supervision of Gabriel Reyes.

Around twelve or so years after joining Blackwatch, Jesse participated in an event that became known as "The Venice incident" in which he and fellow Blackwatch agents Genji Shimada, and Moira O’Deorain under the command of Gabriel Reyes undertook a covert unofficially sanctioned mission to apprehend Antonio Bartalotti a high-level player in Talon er who had orchestrated attacks on overwatch facilities located in Oslo, Norway. Originally Gérard Lacroix the Overwatch member who was spearheading operations against Talon at the newly opened Blackwatch Rome Facility which had been set up to gain information to take down Talon's leaders starting with Bartalotti. Had planned of using the info they already gathered on Bartalotti to dismantle his connections in the Italian government so they could detain him. However, plans changed when an undercover Talon agent planted an explosive that leveled the entire building killing almost everyone inside and leaving Lacroix heavily injured. The operation originally was supposed to involve the kidnapping of Bartalotti from his stronghold located in Rialto, Italy. However, on the night of the operation when the four-man team confronted Bartalotti in his office, he taunted Reyes with how the operation was all for nothing and his friends in the Italian government would have him released within the week which Lacroix warned of when Jesse asked why they didn't simply detain him. Bartalotti's words however backfired on him when Reyes realized that bringing him in wouldn't do any good, and executed him with a single blast from one of his shotguns sending him through a window and alerting Talon to their presence. McCree instantly confronted him, saying how this was not the plan, and continued to be vocal about his disdain of his boss's choice as they made their way through the city to an extraction point, as talon forces rained down upon them. While they were able to extract Blackwatch's existence became inadvertently known to the world. Because of this Blackwatch was suspended from any activity with Jesse relenting that looking back on it that this was when everything started to go wrong.

A year later McCree was in King's Row, London during The Null Sector Uprising in which Null Sector an omnic extremist/terrorist group who were dissatisfied with the treatment that omnics had been receiving in England launched a surprise attack that saw London in flames. While Blackwatch was still suspended following "The Venice incident" and had fallen under more suspicion after a complaint from the Japanese government stated that there was Blackwatch activity within their border and Overwatch itself hadn't received clearance from the British government to allow them to conduct an operation. McCree was sent in by Reyes to ascertain the situation on the twenty-seventh day of the Uprising reporting back about a hostage situation involving Mayor Nandah, Mondatta, and a hundred other prisoners captive in a guarded power plant, and how a strike team would have to blow the doors to the plant if they could get past the air defense that Null Sector had set up.

Also during his time in Blackwatch McCree found himself assigned to protect Dr. Mina Liao a former Omnica Corporation employee who helped design and build the first Omnics and one of the founding members of Overwatch. As she worked on her most ambitious project yet an adaptive learning robot that could fill any role that was needed on a mission called Echo. During his time with Liao, he became friends with her and Echo and became one of the few people who knew about the Echo’s true capabilities. In how Liao took some liberties during the project and really made Echo self-learning… through observation, because of this Echo then began using Liao's voice and adapting to all of the heroes that she was around all the time—watching them, learning to do what they did, the way they did it. However, tragedy struck when Liao was killed in an attack on her laboratory. Overwatch then shut the project down reluctant to continue pursuing it without Liao and Echo was placed into quarantine. With Jesse somehow obtaining a chip to reactivate her.

When Overwatch began to decline and Blackwatch's rebellion was beginning, McCree opted to leave Overwatch and cut off all contact with its members. He resurfaced after its collapse as a mercenary. At some point, McCree stopped a robbery at the Rikimaru in Hanamura.[1]

McCree later returned to the United States and secretly boarded a hypertrain to Houston. When Talon agents attempted to hijack the train, McCree dispatched them, leaving behind the object they were looking for. The news reports blamed McCree for the raid, but he was not caught.[2]

At the time of the Overwatch recall, McCree was in the American Midwest, near Indiana or Kentucky.

Around the time of Christmas, McCree came to Dorado, where he seemingly passed out in Calaveras across the bar from Sombra (though McCree did not seem aware of her presence).[3]

In the most recent animated short McCree is seen at the Route 66 Diner just as Deadlock blows up the bridge to Derail the Military Train, to retrieve Echo after his brawl with Ashe and the Deadlock gang, it's implied by her that after she rebuilds B.O.B that he will rip his other arm off, implying that McCree lost it after a run-in with the gang after leaving Blackwatch. After saving and reactivating Echo, McCree tells her that the Overwatch wants him back but they need her instead, Echo then asks where McCree is going. He tells her he has unfinished business as he takes Ashe's bike and requests Echo to say "Hi" to a monkey before then calling him a scientist. As he drives away from Echo and the train wreck, he pass by B.O.B. and Ashe, whom he had tied to the payload.

In Overwatch 2, McCree appears to have more lighter skin, short hair, a longer beard, and a clean red shawl. He maintains his cowboy hat and prosthetic arm, both now more detailed.

McCree is a calm man, rarely showing intense emotions with an element of carefreeness. Although he was once an outlaw, he is always looking to do the right thing, trying to atone for his past. He often acts polite and respectful towards both his team and strangers but can be cocky at times. He is also appreciative of weapons and prefers for them to be treated with care, as verified by his dialogue with Reaper. Additionally, McCree seems to be pretty charming, evidenced by his brief conversation with Ana before a match starts.

Fancying himself as a justice bringing cowboy and having an appearance to match, McCree usually makes multiple references to Western films and culture, as shown by his voice lines and quotes during battle. He also seems to joke about himself being wanted dead by multiple groups, according to his reaction to seeing his picture on a dartboard in Route 66. McCree also tends to be a bit sassy, as heard in his dialogue during Retribution. 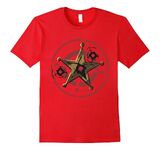 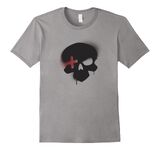 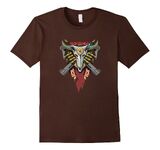 For changes made to McCree's abilities, see Peacekeeper, Combat Roll, Flashbang, and Deadeye.