Lijiang Tower is one of the locations in Overwatch. It is a Control map. It has three stages: Night Market, Garden, and Control Center.

Lijiang Tower was built in the heart of a modern Chinese metropolis, its busy streets lined with stores, gardens, restaurants, and famous night markets, where foods from around the region are available at all hours. The tower itself is home to one of the leading companies in China’s state-of-the-art space industry, Lucheng Interstellar, an organization with a long pioneering history that is currently pushing the boundaries of space exploration. 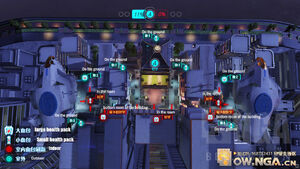 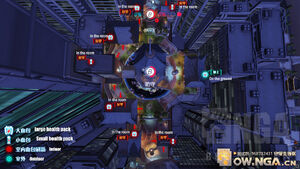 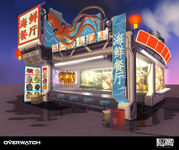 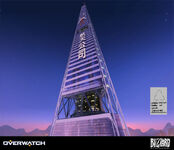 In the center of the city of Lijiang, a large tower looms above the city owned by Lucheng Interstellar, China's leading space exploration company. Lucheng is known for establishing the Horizon Lunar Colony and a space station (though the former was overrun by gorillas and the latter is encountering errors).