Ilios is one of the locations in Overwatch. It is a Control map. It has three stages: Lighthouse, Well, and Ruins.

Situated atop a small island rising from the Aegean Sea, Ilios is a postcard-perfect Mediterranean town, with a bustling harbourside, winding paths for rambling hillside strolls, and gorgeous vistas. It is the ideal vacation stop for people looking for a place to relax, or for those interested in exploring the ruins scattered at the top of the island, where many artifacts and relics of the ancient world have been recently unearthed. 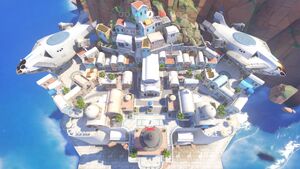 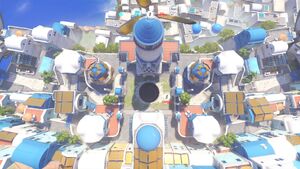 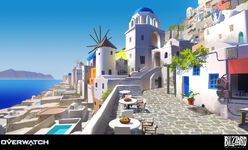 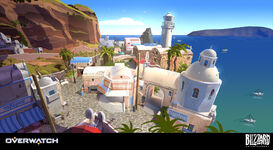 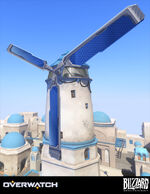 Ilios is a small Greek island in the Aegean Sea that is very popular with tourists. Atop the island, there is an archaeology site where ancient Greek statues and mosaics have been discovered. Talon activity has been seen in the area, and Athena believes they are interested in the artifacts.