Halloween Terror is a Halloween-based seasonal event in Overwatch. The event includes the co-op based game mode Junkenstein's Revenge and its variation Junkenstein Endless, which take place in Adlersbrunn.

The event also contains a Halloween reskin of Hollywood, Eichenwalde and Château Guillard, special achievements, and a limited series of items, which could be earned through special Loot Boxes, and unlocked through Hero Gallery within the span of the event. All event-exclusive content becomes unobtainable once the event ends and will remain locked until next Halloween Terror event.

A special comic, Junkenstein, was released as a part of the 2016 event's promotion.

Junkenstein's Revenge is a brawl game mode exclusive to the event. It is Overwatch's first co-op PvE map where players take the roles of a soldier, a gunslinger, an archer. and an alchemist. Their mission is to stop a horde of zomnics and zombardiers, Dr. Jamison Junkenstein, his monster, and his allies: the Witch and the Reaper from infiltrating the castle of Adlersbrunn, which is ruled by the Lord of Adlersbrunn.

In Halloween Terror 2017, another enemy was added: the Summoner. An endless horde mode was also included, in which the players have to hold the door for 12 rounds of enemies and bosses rush to win (or continue to hold for 15 more rounds to fight the final boss round).

There are 8 Special Achievements tied to this brawl that will unlock sprays when obtained.

Dr. Junkenstein and his loyal monster

The Witch of the Wild

The Halloween-themed changes in this map include: the time of the match being at night, Halloween decorations and supernatural items that are placed all around the map, giving the map the air of sinister and eerie.

As part of the promotion of the Halloween Terror, Blizzard Entertainment released a set of pumpkin carving stencils. Feel free to download them all from the official site or check out what you want below and print. 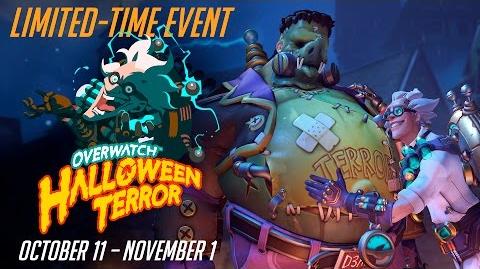 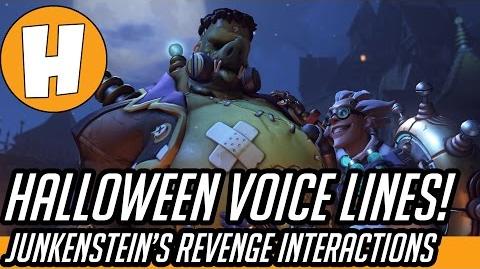 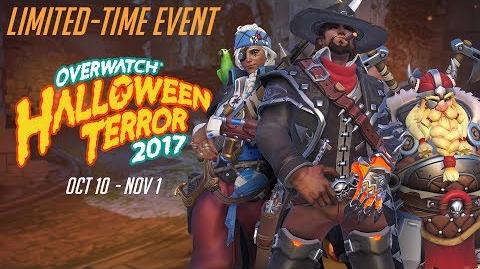 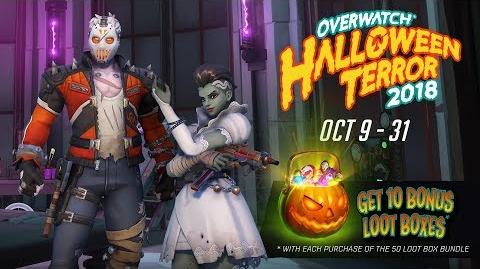