Archives is a lore-based seasonal event in Overwatch. Like Halloween Terror, the event involves a unique PvE game mode, in which a single team of players must work to defeat large waves of AI-controlled bots. These PvE game modes explore key events in Overwatch's history, which take place in reskins of King's Row and Rialto depending on the brawl.

The event includes 20 special achievements and a limited series of items, which could be earned through special Loot Boxes or unlocked through Hero Gallery. All event-exclusive content became unobtainable once the event ended.

Two special comics, Uprising (2017) and Retribution (2018), were released as part of the event's promotion

Uprising took place near the end of Overwatch as an organization. It was an Overwatch mission tasked to defeat the Null Sector uprising in King's Row. After Commander Jack Morrison's proposal of an Overwatch strike team was shut down by the British Prime Minister, he went against it and sent Tracer, Torbjörn, Reinhardt, and Mercy on to fight the Null Sector omnics against the orders. It was also Tracer's first mission after she has been transferred to field combat training. The team fought through the city, shutting down anti-air turrets, delivered a bomb to the hideout and defeated the Null Sector omnics.

Retribution explores a key mission in Overwatch's history, in which Blackwatch agents Reyes, McCree, Shimada and O’Deorain were tasked with covertly apprehending a Talon higher-up. Following attacks on Overwatch in Oslo and Blackwatch in Rialto, Reyes began pressing Morrison on taking immediate action against their primary suspect, Antonio Bartalotti. Despite insisting they do things by the book, Morrison reluctantly authorized Reyes to unofficially arrest and interrogate Bartalotti on the condition that it must be contained.

Successfully sneaking into the compound, the quartet found Bartalotti waiting for them. Bartalotti boasted that an unsanctioned arrest of a respected businessman was futile, as was making him "disappear" as Talon would recover him. To everyone's surprise, Reyes agreed with him, before blasting him backwards out of a window with his shotgun. With the entire compound alerted, the team breached the secured doors to the manor, racing through the streets of Venice and escaping by air evac.

In the days that followed, the world became aware of Blackwatch's existence, and Overwatch suffered a severe blow to its PR by extension. Talon suffered a power vacuum from Bartalotti's death, and McCree was left wondering if that was when everything with Overwatch started to go wrong.

Storm Rising involves an Overwatch mission from the past which took place in Havana, Cuba.[1] The target was Doomfist's financier, Maximilien, whom also handled the finances of the Talon organization. Commander Jack Morrison received a message from Sojourn, ordering him to assemble a team with Tracer in charge, and Mercy, Winston and Genji as support.

The team pursued Maximilien's motorcade through the streets. After briefly regrouping in a garage, they received updated coordinates on Maximilien's position, continuing to follow him through the streets of Havana. They reached a distillery, where they were ambushed by waves of talon agents. As a hurricane began battering the coast, the team continued to fend off relentless Talon assaults, eventually catching up with Maximilien at a sea fort, where they apprehended him.

Both years of Archive come with an Arcade game mode exclusive to the event. This special brawl takes place unique maps, with Uprising being on a reskin of King's Row, while Retribution takes place on an adapted version of Rialto . Similar to Junkenstein's Revenge, a team of 4 players complete objectives while fighting off hordes of AI-controlled enemies in true PvE fashion. There are 4 difficulties available: Normal, Hard, Expert, and Legendary.

In the normal versions, players must select one of four heroes to build a set team, while in the All Heroes version, any hero can be chosen. In both versions of both modes, hero stacking is forbidden.

King's Row in the past was reenacted in the Uprising brawl. The map showed the devastating destruction in the time of the occupation of Null Sector.

Rialto was a unique map for the event, before a present day version was released as an escort map.  The players reverse the route of the payload in regular play heading down to the docks, around through a square, then through an art gallery to a cafe where evac arrives. 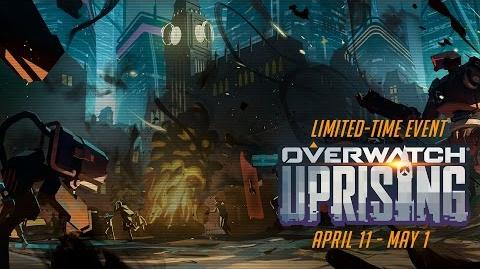 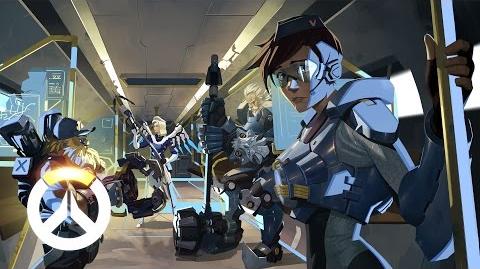